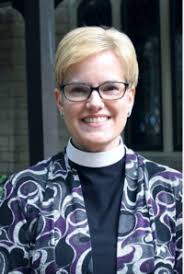 Recently, I emailed the clergy of the Episcopal Diocese of Virginia and numerous lay leaders. I did so to share my story of non-sexual abuse in the Episcopal Church and the diocese’s farcical reaction to my complaints. Included in the email was documentation of Episcopal priest Bob Malm’s perjury and other details, including Malm’s attempt to drag my mother, dying of COPD, into court based on his lies.

Among those who received my email was Episcopal priest Christine Love Mendoza, rector and bitch-in-charge of Good Shepherd Church in Burke. She’s also a member of the diocesan standing committee, the groups of so-called leaders responsible for advising the bishop.

What was Christine’s response? Here it is:

This, from someone who stands up there every Sunday, preaches about love, compassion, respecting the dignity of every human being, and striving for justice and peace. This from a priest who just read about my mother, dying of COPD, and being bullied by perjuring priest Bob Malm. A priest who read about my own PTSD and depression. A human being who read about another woman, a female church worker, who suffered sexual harassment by a male priest, and now suffers from PTSD; she has gotten no support from the Episcopal Diocese of Virginia, while the priest continues in good standing.

So, I have no respect for Christine Love Mendoza. She is a hypocrite, a bitch, and exactly the sort of person who has no business being a priest. It’s assholes like Christine Love Mendoza who are the reason that the Episcopal Church is dying. And I feel sorry for folks at Good Shepherd Episcopal Church. With this for an example of compassion, they might as well pack it in.

Christine Love Mendoza is a sorry excuse for a human being. And having “Love” in her name adds a delicious layer of irony.